Skip to main content
What Matters? is about three friends, two idealistic activists and one skeptic, attempting to live in extreme poverty (on $1.25 a day) across 3 continents. The adventure takes a devastating turn when two of them survive a deadly plane crash in Africa, and all three must fight to finish what they started. 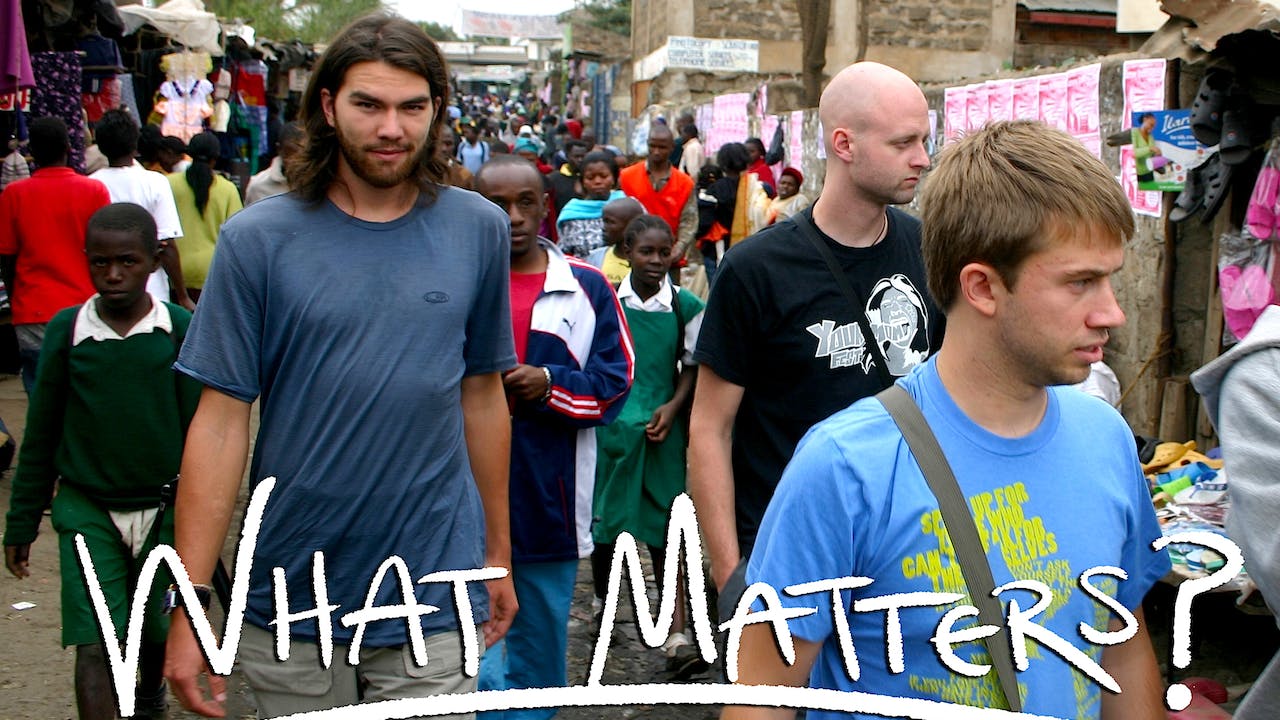 The journey starts with humble roots - Three friends wanting to make a documentary on extreme poverty in Africa. Dan as the instigator and the one burdened with Western guilt after a trip to Africa. Rob is the skeptic and the one Dan wants to give a damn. Once Rob commits to going, Dan needs another idealist activist and a guy who is up for anything, so enters David. On July 5th, 2009, they leave everything familiar, and start hitchhiking east to New York, fly to London, backpack across Europe, and then fly to Africa. Along the way, they sleep in abandoned buildings, in the back of cornfields, at shady homeless shelters, city parks, and random strangers apartments. The whole time living on $1.25 a day for food and lodging, and are allowed to take only one free meal a day if offered to them. During the journey, they interview experts on the issue of extreme poverty including representatives from The UNCTAD, the Global Fund, Invisible Children, the Sold Project, Paul Rusesabagina, Katie Davis and the Rwandan Embassy to the UN. They hangout in Gypsy villages, dumpster dive for their dinner, beg for money outside the UN in Geneva, hitchhike with cops, go to the second largest slum in Africa, and get on each others last nerves. Little do they know, that the adventure will take a devastating turn. The third day in Africa, August 1st, 2009, Rob and Dan survive a deadly plane crash that makes international news and leaves them both unable to continue. The remainder of the film follows all three trying to finish their own journey through extreme poverty - David in Africa, Dan sick in the U.S., and Rob struggling with PTSD at home. What they learn in the process has application for everyone wondering what it takes to make a difference. The documentary ends by asking viewers to answer two questions - 'What breaks their heart?' & 'What makes them come alive?' Then challenges them to take the two answers and put them together.